We Canadians are busily finishing off our tax returns, and contemplating how much of our salary gets swallowed up in taxes. Where does the word "salary" come from? Roman soldiers received an allowance to buy salt, which was a very important commodity in the ancient world as a preservative for meat and fish. The Latin name for this allowance was salarium, derived from sal (salt). Eventually, salarium came to apply to the soldiers' regular pay, ultimately giving us our word “salary”. If you get your tax return in by Monday night's deadline, you will be thinking that the government's chunk is much more than a pinch of salt!
Posted by Katherine Barber at 12:50:00 AM No comments:

Jubilant Birthday to you!

The Word Lady would like to take this opportunity to wish a very happy 86th birthday tomorrow to another lady, Queen Elizabeth II (I'm sure she's an avid reader of the Wordlady blog), whose 60th jubilee is much in the news. "Jubilee" is a word that, surprisingly, comes from an ancient Hebrew word meaning "ram": yobel, which came to apply not only to the rams themselves but also to the rams' horns used for making trumpets which were blown on religious occasions.
One of the religious customs of the ancient Jews, which is described in Leviticus, was to observe one year every fifty during which slaves were freed and people who had been forced to mortgage their land had it returned to them. It's unsure whether these years were ever in fact observed, or whether it was just laid down in Leviticus; but they were described as being initiated by the blowing of the ram's horn trumpet on Yom Kippur. And so the name of the trumpet came also to apply to the year.
By the time the Romans got a hold of yobel when they were translating the Bible into Latin, they confused it with a word used by Roman country folk, jubilare, which essentially meant "yell out to attract attention". So yobel became jubilaeus and ended up in English as "jubilee". Originally the word "jubilee" was only used in reference to this Hebrew custom in the Bible, but then the Catholic Church invented its own kind of jubilee to be celebrated every fifty years (that's now every twenty-five years) to be observed as a special time of penitence and almsgiving and pilgrimage. Eventually the idea of a special anniversary became attached to the word and that's why we use "jubilee" as we do today. No rams need apply.
The Queen's name also has an interesting story behind it. It is derived from the Hebrew name Elisheba ("God is my oath") , the name borne by the wife of Aaron, and, in the New Testament, by the mother of John the Baptist. But, as regular Wordlady readers will know by now, people in the 16th century, when our current queen's illustrious namesake was on the throne, did a lot of false etymologizing, and sheba (oath) got associated in people's minds with shabath (sabbath), so they changed the ending to “sabeth” or “zabeth”
(For more personal names affected by false etymology in the Renaissance, click here.)
Posted by Katherine Barber at 3:43:00 AM No comments:

Why, other than because of general English perversity, do we say "third" and "thirteen" rather than "threed" (or even "threeth") and "threeteen"?

This is an example of what is called metathesis, where speakers switch around the order of sounds in a word. You'll be wanting to tell all your friends about this, so you should know that metathesis is pronounced "muh TATH uh sis". Metathesis is how "asterisk" becomes "asterix" and "pretty" becomes "purty", but before you get all huffy about how you would never be so sloppy in your pronunciation, consider that the word "wasp" was originally "waps".

So, back to "three". The ordinal number was indeed "thrid" (pronounced "threed") in Old English and indeed was the prevalent form till the 1500s. But up in Northumberland, a metathesized form, "third", cropped up as early as the 950s and gradually made its way south till it established itself as the standard form. This apparently also affected "threeteen", which was the only form until the 1400s, but by 1700 had entirely lost out to the metathesized upstart.

For an explanation of why the ordinal of "one" is "first", click here
For the story on "second", see this post:
http://katherinebarber.blogspot.ca/2012/11/friday-twoth.html


Do you want to know more about the amazing story of the English language? Sign up for my course starting in January 2014. More info here.

"Bonnet" comes from an Old French word bonet, which seems to have been a kind of material, because we find references to chapels de bonets (hats made of "bonet"). This might have been a Germanic word, related to "bind" and "bundle". Alternatively, there was also a Late Latin word abonnis, designating a ribbon used in headgear.

Originally a bonnet was a type of headgear for men as in a Scottish bonnet, because in the early Middle Ages women tended to wear veils rather than hats. But eventually the word came to apply only to women's hats and now only to babies' hats.
Looking at this picture, though, you are probably thinking, "I wouldn't call that a bonnet, I'd call it a tam", and for that you have Robbie Burns to thank. His poem "Tam o'Shanter" told of the titular farmer (non Scots would say "Tom of Shanter"),  chased by witches on the way home from a pub. This kind of hat was typical of Scottish ploughmen at the time.
Scotch bonnet peppers, the fiery chilis used in Caribbean cuisine, are called that because of their similarity to a tam o'shanter (turn this picture upside down in your mind if you're having a hard time seeing it). 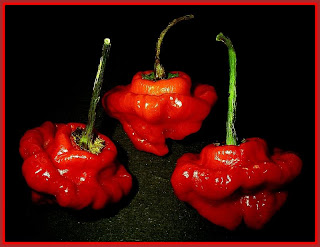