How do you pronounce "mauve"? 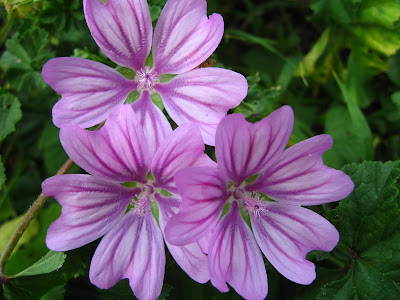 I was talking to an American friend a few weeks ago, when she uttered the word "mauve". It didn't rhyme with "stove" as it does for me and obviously, therefore, should do for all right-minded people.

The vowel in her "mauve" was what we would traditionally call a "short o", which you might transcribe variously (depending on your accent) as MAWV or MAHHV or MOV.

Although I wisely refrained from saying, "How odd that you don't know how to pronounce that. How idiosyncratic!", I have to admit I did think it. Not so fast, Wordlady. A few days later, another American said "mauve" the same way. Curiouser and curiouser.

It turns out that Americans have had this variant short-o pronunciation of "mauve" since sometime in the mid-20th century. In the 1934 second edition of Merriam-Webster's New International Dictionary of English, only MOHV was given. But in the third edition, published in 1961, the short-o pronunciation appeared, listed second (i.e. the less frequent of the two). Since then, though, this pronunciation has taken over as much the more common one in the US. It is now listed first in Merriam-Webster's online dictionary, and is the only one given when you click on the "hear this word pronounced" icon: https://www.merriam-webster.com/dictionary/mauve

In a recent survey I did of a group of editors, "short-o" outnumbered "long-o" by a factor of two to one among Americans. (I suppose some of them from the Eastern Seaboard with varieties of English in which "tauter" and "totter" are not homophones may have a third pronunciation, like "MORV" without the R.) One of them even said, "I giggle to think it could rhyme with stove!" Another said, "MOHV is only the pronunciation in French, not in English."

But only Americans have this second pronunciation. Canadians, despite living next door, and being subjected to American home decorating and fashion TV shows, only rhyme it with "stove", and this is also true of the rest of the English-speaking world. The results of my survey with Canadians were a whopping 245 to two in favour of "rhymes with stove". Many Canadians are, like me, stunned to learn that a different pronunciation even exists.

Some commentators, however, complain that the now more common US pronunciation is "wrong", because after all the word came from French (more about that next week) and we should pronounce it as the French do. But Lord knows we have borrowed many French words into English and given them non-French pronunciations. We now say "MARGE ah rin" and not "mar ga REEN" for "margarine", for instance. Whatever the majority of speakers say becomes a standard pronunciation.

(Don't get me started on people who pronounce "brioche" bree-OASH instead of bree-OSH though! Just kidding, but it does bug me in spite of myself.)

Quite frankly, I don't know where short-o "mauve" started out in the US, or why. We borrowed "mauve" into English from French in the mid-19th century, so it is not a case of a pre-colonization pronunciation surviving in the US and being replaced by something else in Britain. (For examples of that phenomenon, see clamber, process, lieutenant, height, primer, herb, ancillary.)

It's not that frequent a word, so it's entirely possible that most people encounter it first in writing, and therefore apply the phonetic rules of their native language to the foreign spelling. But why this phenomenon should have happened for "mauve" only in the US and not in the other English-speaking countries, even those that are less influenced by French than Canada is, is still a mystery.

The same vowel change has happened with earlier 19th- or 18th-century borrowings:

No one, to my knowledge, is suggesting that people should say "SO tay" or "VOH dvill" instead, but one never knows with language cranks.

But this vowel change has not happened (yet?) with more recent borrowings from the 20th century:
I suspect that within a generation, short-o may be the only pronunciation of "mauve" in US English.

There's a lot more to the story of mauve. What does it have to do with s'mores, for instance? Tune in next week for the continuation.

And don't forget to tell me: long o or short o, how do YOU pronounce "mauve"?


To have fun facts about English delivered right to your inbox, click here to subscribe by email.
Privacy policy: we will not sell, rent, or give your name or address to anyone. You can unsubscribe at any point.


I recently saw  someone (no doubt a Canadian) write "rigour mortis" instead of the correct "rigor mortis".

"Rigour" derives ultimately from the Latin rigor (unbending quality, stiffness, rigidity), but it came into English in the 1400s by way of Middle French, where rigor had morphed into rigour. British English and other varieties of Commonwealth English retained this spelling, whereas American English opted for "rigor".

"Rigor mortis", on the other hand, was borrowed directly from Latin in the early 19th century.  It retains its Latin spelling in all varieties of English.

And to make life more complicated, the adjective "rigorous" is also so spelled in all varieties of English.

To have fun facts about English delivered weekly right to your inbox, click here to subscribe by email.
Privacy policy: we will not sell, rent, or give your name or address to anyone. You can unsubscribe at any point. 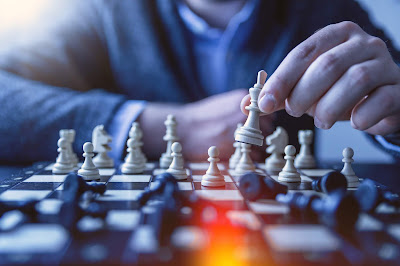 I recently saw someone using the expression "running the gambit".

This is a mistake; the correct expression is "run the gamut".

But what is a gamut, anyway?


Back in the middle ages, a scale extending from low G of the modern bass clef to the upper E of the modern treble clef included all the notes generally used in medieval music. This low G was what we would call "do" of the scale, but the word "do" didn't exist at the time. "Ut" was the medieval equivalent of our "do". Like the other names of the notes in our modern-day scale, it came from the initial syllable in a line of a hymn for St John the Baptist's day:

So, to indicate that this low G was the tonic note, it was called "gamma-ut". This got squished together as "gamut" and also came to be used to designate the whole scale.

(Over time, it became clear that "ut" was not a syllable that lent itself to singing, so the Italians replaced it with "do" in the 1600s. "Si" became "ti" in the 19th century to avoid having two notes starting with S.)

In French, the word for a musical scale is to this day gamme. Our first evidence of the word "scale" (derived from the Italian word scala, a ladder) in this sense comes from the Tudor composer Thomas Morley:


1597   T. Morley A Plaine & Easie Introduction to Practicall Musicke 7   Phi. Why then was your Scale deuised of xx notes and no more? Ma. Because that compasse was the reach of most voyces: so that vnder Gam vt the voice seemed as a kinde of humming, and aboue E la a kinde of constrained shrieking.

Constrained shrieking! I love it. (Sorry, sopranos.)
I always laugh when I consult musical entries in the Oxford English Dictionary and come across the title of this book. As one of my colleagues at the Canadian Oxford Dictionary liked to call it: "Thomas Morley's Renaissance Polyphony for Dummies".

Even though it lost out to "scale" in music,  "gamut" survived in an extended figurative sense meaning "the entire range", and people have been "running the gamut" increasingly frequently since the early 19th century.


GAMBIT
"Gambit", on the other hand, is originally a chess term, designating a sequence of moves, involving a sacrifice to launch an attack or gain some other advantage.

The Oxford English Dictionary has this informative etymology, in which  you can almost see the etymology editor puffing on a pipe reflectively between the two sentences:

That non-committal etymology editor does conclude that ultimately the word comes from 14th-century Italian gambetto (a tripping up in wrestling), from gamba (leg). The word came into English in the chess sense in the 1600s, and two hundred years later took on the meaning of a plan, stratagem, or ploy that is calculated to gain an advantage, especially at the outset of a contest, negotiation, etc.

PRONUNCIATION
For many years in my youth, when I was familiar with "run the gamut" only in writing, I pronounced "gamut" as "ga-MUTT". (Have you ever pronounced it this way, or is it just me?) It came as quite a shock when I realized that it is actually pronounced "GAMM utt" and that I was, gasp, wrong.

I still like "ga-MUTT" better, though. Perhaps it would save people from confusing it with "gambit".

To have fun facts about English delivered weekly right to your inbox, click here to subscribe by email.