Of sarcasm and sarcophagi 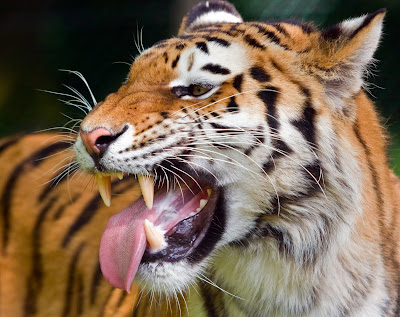 A usually mild-mannered friend of mine has been posting ever more sarcastic comments on Facebook about our new Ontario government. Admittedly, it's hard not to be withering about a premier who cuts funding to autistic kids in favour of giving more money to racetracks.

But this got me wondering about the origins of the word "sarcasm".

The ancient Greek word for "flesh" was sarx, sark-. From this derived a verb, sarkazein ‘tear flesh, bare the teeth’, which in late Greek took on the meaning ‘gnash the teeth’ and the metaphorical ‘speak bitterly’. This migrated over to Latin as sarcasmus, a term of rhetoric for a "biting" remark.

Like so many Latin words from learned fields, this was borrowed into English in the 16th century.  Interestingly for us, it was more likely to be used as a countable noun ("a sarcasm", "sarcasms") for the first three centuries of its English life. Since the mid-1800s, however, it is used almost exclusively as a non-countable noun, for example "sarcasm isn't the nicest way to make a point, but you have to admit it's effective." Saying something like "My friend expressed yet another sarcasm on Facebook" would sound just wrong now. Thus does the language change.


Going back to the original Greek root of "sarcasm", sarx, sark- is also the at the origin of the word "sarcophagus" (a stone coffin, especially one decorated with sculptures or bearing inscriptions). The Greek word sarkophagos ‘flesh-consuming’, (from sarx, sark- ‘flesh’ + -phagos ‘-eating’) designated a kind of stone believed by the Greeks to be able to consume the flesh of dead bodies deposited in it, and consequently used for coffins.

For an example of a word that is undergoing a switch from non-countable to countable, see Trainings, nothing more than trainings.

Photo by Paul M on Unsplash