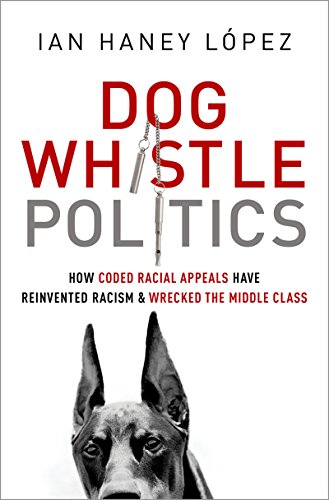 In the last couple of years, we have, alas, become very familiar with the use of "dog-whistle" (usually as an adjective), meaning, to quote the OED:

2. Polit. A statement or expression which in addition to its ostensible meaning has a further interpretation or connotation intended to be understood only by a specific target audience.


In particular, it usually applies to words having a hidden meaning that only the bigoted hear.


“Dog whistle editing” is attention to distinctions of usage that only other copy editors can hear.
Perhaps the most notorious of these wastes of time and attention is the over/more than distinction, observed only by American newspaper editors. Seriously. When I’ve mentioned this quibble to lexicographers, they’ve given me blank looks, over having been in use in the sense of more than since before the Normans corrupted Anglo-Saxon. 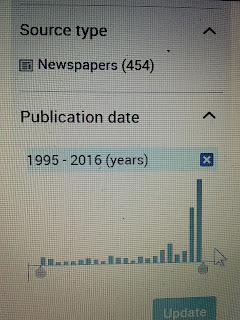 The inevitable has also happened: "dog-whistle" is now also used as a verb:


"And I think that was a disturbing trend in American politics, that this man was dog-whistling to some pretty disturbing elements"


Where did it all start?

It seems, according to the OED, that there is a Canadian twist to this tale. The first evidence the dictionary has for it is from an article by Canadian journalist Jim Coyle about the then Conservative government in Ontario:


1995   Ottawa Citizen 15 Oct. a9/1   On the lips of Premier Mike Harris, the term ‘special interest’ has the tone of epithet. It's an all-purpose dog-whistle that those fed up with feminists, minorities, the undeserving poor hear loud and clear.

However, Mr Coyle tells me that he cannot claim credit for this coinage, as "blowing the dog whistle" was a term much in use amongst reporters at the Ontario legislature already in the early eighties, to designate slyly-worded statements from politicians aimed at fanning anti-francophone sentiment.

Want to know more about why the English language is the (weird) way it is? Let me know if you would be interested in taking my very popular "Rollicking Story of the English Language" course in Toronto on a weekday afternoon (or possibly a Saturday or Sunday morning) in January, February, or March. Email me at wordlady.barber@gmail.com

ALSO! "Hebrew and Yiddish Words in English" on a weekday afternoon.


To search the archives of this blog,

click here, then replace the word "search" in the search window with the term you are looking for.


To have fun facts about English delivered weekly right to your inbox, click here to subscribe by email.
Posted by Katherine Barber at 6:51:00 AM No comments:

Email ThisBlogThis!Share to TwitterShare to FacebookShare to Pinterest
Labels: conversion

Why are coasters called coasters?

You know, if you're going to use dictionary-style "entries" for Canadianisms as the concept for your product you should at least get your info right. No, our Canadian toque is not pronounced like toke. It rhymes with "spook".
For more on toques, see this post:
http://katherinebarber.blogspot.ca/2012/01/toque.html

I saw these coasters, made by an Ontario company from upcycled beer bottles, on sale at the Royal Ontario Museum gift shop. You can also get matching beer glasses if you really want to spread the "toke" mistake around.

Once I got over my "Why did we go to all the trouble of writing the Canadian Oxford Dictionary for these people?" shock at this, I started to wonder, "Why the heck do we call those things coasters, anyway?"

A "coaster" was originally a person or  a ship who sailed from port to port along a coast, or around the coast of an island.  In the late 1800s, some wit saw a similarity between this and the silver tray on which the after-dinner bottle of port (the other kind of port) circulated around a table, stopping at every welcoming "harbour" along the way. Coasters gradually became smaller and more stationary, until they designated the type of object above.

P.S. If you find the English language fascinating, you might enjoy regular updates about English usage and word origins from Wordlady. Receive every new post delivered right to your inbox! SUBSCRIPTION IS FREE! You can either:
use the subscribe window at the top of this page
OR
(if you are reading this on a mobile device): send me an email with the subject line SUBSCRIBE at wordlady.barber@gmail.com