OK, what's that ridiculous C doing in the word "indict"? Or, conversely, why don't we pronounce it "in DICKT"? Which, come to think of it, might be appropriate. It could mean "to accuse someone of being a dick". (How full our prisons would be!)

But no, it's pronounced "in DITE". And back in the 1300s when we borrowed the word from French, it was sensibly spelled "indite" (sometimes "endite"). The French had done their usual consonant-dropping thing on the Latin original indictāre (to declare), in turn derived from indicere (proclaim, appoint) from in- (towards) + dicere (pronounce, utter).

As with so many other words, the Latinomania of the Renaissance put paid to the sensible spelling: "It had a C in Latin so it should have a C in English!!!!". And there we are.

You may have been puzzled by the apparent use of this word in Handel's beautiful Coronation Anthem, "My heart is inditing", a setting of Psalm 45. This started out as the same word as "indict", but branched out to mean "express in words" rather than "accuse".  The King James Version is


My heart is inditing a good matter: I speak of the things which I have made touching the king: my tongue is the pen of a ready writer.

As this sense is now obsolete, modern translations have


My heart is stirred by a noble theme
as I recite my verses for the king;
my tongue is the pen of a skillful writer.

My heart is overflowing with a good thought;
I am speaking my works for the king;
my tongue is the pen of a skilled scribe.


"Stirred by a noble theme" indeed.


To have fun facts about English delivered weekly right to your inbox, click here to subscribe by email.

English Schminglish: How Jews have Enriched our Language
An entertaining look at how Hebrew and Yiddish words have enriched the English language for thousands of years 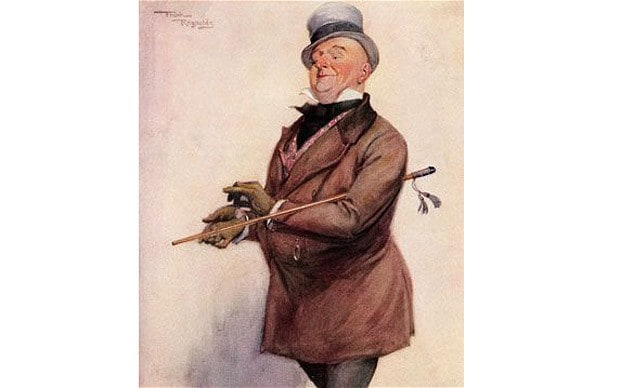 We'll be seeing and hearing the unusual word "emolument" (almost always used in the plural) a lot more in the next little while, as the question whether Donald Trump has violated the "emoluments clause" in Article I, Section 9 of the American constitution comes before the courts:

"No Title of Nobility shall be granted by the United States: And no Person holding any Office of Profit or Trust under them, shall, without the Consent of the Congress, accept of any present, Emolument, Office, or Title, of any kind whatever, from any King, Prince, or foreign State."

I've always associated this word with the sesquipedalian Mr. Micawber in David Copperfield, who spoke of his (inevitably inadequate) income as his "pecuniary emoluments".

The word, which entered English from Latin in the late 15th century, has an interesting etymology: originally probably meaning ‘payment to a miller for grinding corn’, from emolere ‘grind up’, from e- (variant of ex-) ‘out, thoroughly’ + molere ‘grind’.

In case you're unsure about the pronunciation, here you go: ee MOLL ya m'ent. 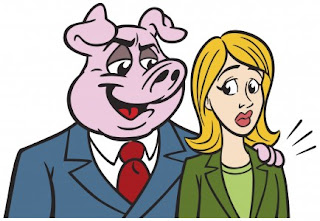 Sexual harassment is very much in the news.

Not, of course, that the phenomenon is new. I am sure it has existed since the dawn of time, but we apparently only came to have a specific word for it in the 1970s. This was no doubt a consequence of both increased numbers of women in the workforce and  feminist raised consciousness at the time. Here is the earliest example the Oxford English Dictionary has found:


1971   Yale Daily News 19 Apr. 1/5   ‘We insist,’ said one of the women, ‘that sex harassment is an integral component of sex discrimination.’ ‘Men perceive women in sexual categories and not in professional categories,’ she continued. The complaint of sexual harassment was apparently a ‘new idea’ to the H.E.W. team.

Here is a telling quotation from four years later:

In Washington, D.C., Officer Peggy A. Jackson, 27, charges that it is practically a rule of the force that " you've got to make love to get a day off or make love to get a good beat. " Washington's 4,200-member police department includes 333 women, about half of whom are assigned to patrol duty with men. No formal complaints have been filed, but D.C. Councilwoman Willie Hardy is investigating several verbal charges of sexual harassment. Though the U.S. Attorney's office has dropped the case for lack of evidence, the police department is investigating the alleged rape of a woman cop by a sergeant during a stakeout of an office building.

The word "harass" has been around much longer than this, though.  We borrowed it from the French harasser in the 1600s, in several senses:
In the twentieth century, a new sense, "to subject to aggressive pressure or intimidation", came to dominate.

There is some discussion as to the pronunciation of "harass". Is the accent on the first or the second syllable? In Canada, it is more commonly on the second syllable, although those who accent the first syllable (as most British English speakers also do) tend to be convinced that only they are right, and write indignant letters to the Canadian Broadcasting Corporation about it.

The French word which we borrowed back in the 1600s derived from harer ‘set a dog on’, which in turn came from a Germanic word hare, a cry urging a dog to attack.

I would say that an etymological connection between sexual predators and dogs is appropriate.

Except that it's an insult to dogs.

English Schminglish: How Jews have Enriched our Language
An entertaining look at how Hebrew and Yiddish words have enriched the English language for thousands of years