Hats off to the toque!

Here in southern Ontario, until today, we've been having such an unusually mild winter (above freezing, woohoo!) that we haven't had to dig out the heavy-hitter of the Canadian winter garb armamentarium (cool word, eh?): the toque. Now, if you're not Canadian, the only familiarity you have with this word is for this piece of headgear:

toque (1)
and you may be wondering why on earth  we would wear one in the wintertime! If you have a greater knowledge of historical headdresses, you may also be familiar with this: 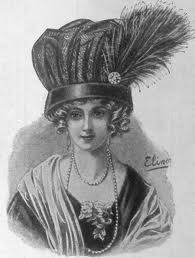 toque (2)
but by now you have decided that we Canadians are seriously wacko.
But the toque much beloved to us is neither of these, and neither is it pronounced "toke" like those above (so beware, any of  you non-Canadians asking for one in a store!). It rhymes with "kook" and looks like this: 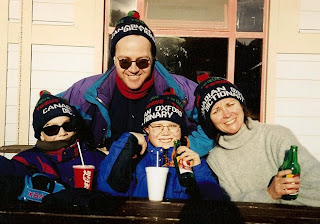 
So why is our pronunciation so out of line with the spelling? This piece of headgear is something we borrowed from French Canadians, who call it a "tuque" (and this is indeed an alternate spelling of the word in Canadian English). The French word comes ultimately from a very old pre-Roman word meaning "hill" or "gourd"  which stayed alive in some French dialects and was brought over to North America. It is probably because of the similarity in shape between a hill and the knitted cap that the word was adopted for its current use. English Canadians, though, while grateful that their ears were now warm, never having seen the word "tuque" before, thought it must in fact be the similar hat-related word "toque" (which comes from an Italian name for a kind of silk fabric).
So if you're Canadian, you have no difficulty with a sentence like "They were dressed like loggers, in toques and boots". But if you're from somewhere else and that sentence elicits bizarre images of lumberjacks wearing chef's hats or, like the Monty Python song, dressing up in women's clothing, you can now set your mind at ease.
Posted by Katherine Barber at 3:49:00 AM