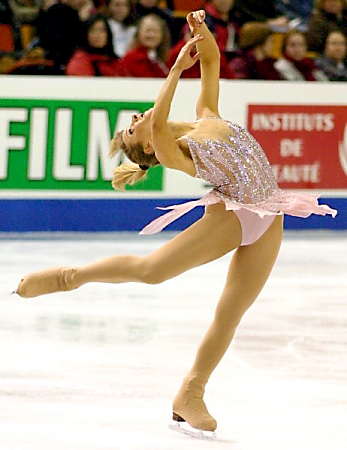 With our fabulous skaters competing at the World Figure Skating Championships next week, let's look at the word “skate”.

The English borrowed it in the late 1600s from the Dutch, who had been skating recreationally on their canals since the Middle Ages. The Dutch word schaats had been adapted from the Old French word eschasse (stilt), which came from a Frankish word for a wooden leg (definitely not a helpful attribute in figure skating). In Dutch, you had one schaats and two schaatsen.

So in English, it should be one skates and two skateses. But the English, naturally thinking the s was the plural ending, used “skates” for the pair, and lopped off the s to form the singular “skate”.

It took very little time at all for this noun to become a verb (yes, another one of those!). The current earliest evidence for the noun in the OED dates from 1684, with the verb dating from 1696.

And those jumps that seem, to the uninitiated, as indistinguishable as they are impossible? They are named after the three skaters who invented them: the Norwegian Axel Paulsen, the Austrian Alois Lutz, and the Swedish Ulrich Salchow, who in addition to being a good jumper was a model of sportsmanship, famous for offering his 1902 Worlds gold medal to the second-place finisher Madge Syers, who he thought deserved it more.

For another word that experienced the same phenomenon, click here to learn about "cherry".


use the subscribe window at the top of this page
OR