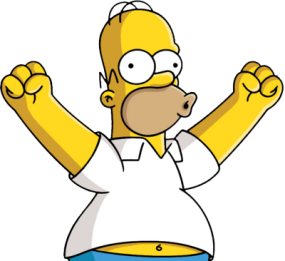 I recently saw someone inveighing online against what they described as an "ugly, ugly" usage which they felt should be "stamped out".

Another website called this usage "an abomination". I'll let you contemplate the Oxford English Dictionary definition for "abomination" -- "a loathsome or wicked act or practice; a detestable vice" -- and let you decide whether this word should be bandied about quite as much as it is for language usages people don't like because they're different than (or is it "from"? or "to"?) theirs.

What was this hideous abomination?

People saying they are "excited for", rather than "excited about" some upcoming event.

(I am not talking about the usage "excited for someone" meaning "excited on someone's behalf".)

First off, if any of you can tell me objectively why the preposition "for" is "ugly" (let alone "ugly, ugly") as compared to the (presumably "beautiful"?) preposition "about", I will give you some sort of prize.

The prepositions that collocate with adjectives and verbs are fairly arbitrary, as anyone learning a second language quickly discovers.

We are bored "with" but tired "of" things (although "bored of" is gaining, much to the dismay of many). We are interested "in" but fascinated "with/by" things. We hope "for" but look forward "to" future events. Now we are happy "about" things, but we used to be happy "at" things.

Second, I have to tell you, by the time you notice a new usage, it has already reached a critical mass where you can't do anything about it, even if it were desirable to do so.

I can't tell you exactly where "excited for" arose, but it is very common amongst people under 35, and appears to have been in use by them for at least the last 10 years.


Whether they're about being excited for an upcoming pizza party or the despair of a madman who's fallen for a woman, Coulton's songs hit home with musical sophistication and heartfelt sincerity

Violet looked great in her low shirt, and besides that she was smiling, and really excited for her idea

"Yes, sir," I say and take a sip of the champagne. "I'm very excited for the opportunity"

The Redskins are hoping that durability and elusiveness will aid their offensive line ..." I'm very excited for this, " guard Randy Thomas [born 1976] said.


Rachel Decoste [born ca. 1980], who organized the party as a fundraiser for Big Brothers Big Sisters Ottawa, said she was beside herself. " I'm just excited for the future, the future of America, the future of the world, and the future of people of colour, who now feel that they have a leader of the most powerful country in the world, " she said.


It may have arisen because of a perceived need to distinguish between excitement about something that one already has -- "I'm so excited about my new smartphone" -- and excitement about something that one is anticipating -- "I'm so excited for the ballet season", with the latter choice of preposition being influenced perhaps by the established phrasal verbs "hope/wish/long/yearn for". Once established, the distinction obviously proved useful, since it has spread. Perhaps some of the "excited for" users make negative comments about those who DON'T make the distinction!

Whatever the reason, the usage is here to stay, and people should save their opprobrium for real abominations.

In short, don't get excited about it.

Email ThisBlogThis!Share to TwitterShare to FacebookShare to Pinterest
Labels: English usage, excited for vs excited about, new usages, prepositions