Why is the plural of moose not meese?

I've had quite a lot of traffic to my "Six Geese a-laying" post about why the plural of "goose" is "geese" rather than "gooses".

To save you going to that post (although there is also interesting information about "lie" and "lay" there), here's the explanation:

In Old English, the word was gós, and back in the mists of time its plural would have been gósiz. By the phenomenon called "i-mutation", the vowel in the second syllable affected the vowel in the first syllable, so by late Anglo-Saxon times, the plural had ceased to be gósiz and had become gés - our modern "geese". I-mutation is perhaps the most common cause of our irregular plurals.

Inevitably, people want to know why, then, the plural of "moose" is not "meese".

First, as with most or perhaps all members of the deer family, we use the same form of the word for the singular and the plural. (This is because the word that gave us "deer" belonged to a noun group in Old English which didn't add an -s for the plural).

But even if the moose belonged to, say, the cat family, and thus typically had a plural different from its singular, we wouldn't use the plural "meese". This is because, unlike "goose", the word "moose"  did not exist in early Anglo-Saxon times, so it couldn't undergo i-mutation. "Moose" was borrowed from Eastern Abenaki in the 1600s. The Abenaki are a native people of Quebec, the Maritimes, and New England, for whom this majestic animal is a mos.

Over the years, there have been occasional instances of people using "mooses" for the plural, but this is so much a minority usage that it has to be considered incorrect.

Just to add more complications to the story of "moose", the animal which it designates, called by zoologists Alces alces, is known as an "elk" in Europe. In North America, "elk" is used instead for the wapiti (a Cree word), Cervus elaphus canadensis.
Are you confused now? I tell you, lexicographers hate these cervids!

Here in Canada we have a lot of moose. I was quite entertained on my first trip to Newfoundland, where there are an estimated 150,000 of them (one for every four Newfoundlanders), to find "Moose bourguignon" on a restaurant menu (yes, of course I ordered it). Mooseburgers are another option.

But we also have some more fanciful "moose" derivatives:
moose pasture


Well now, all that remains is for me to wish you all a very merry Christmoose: 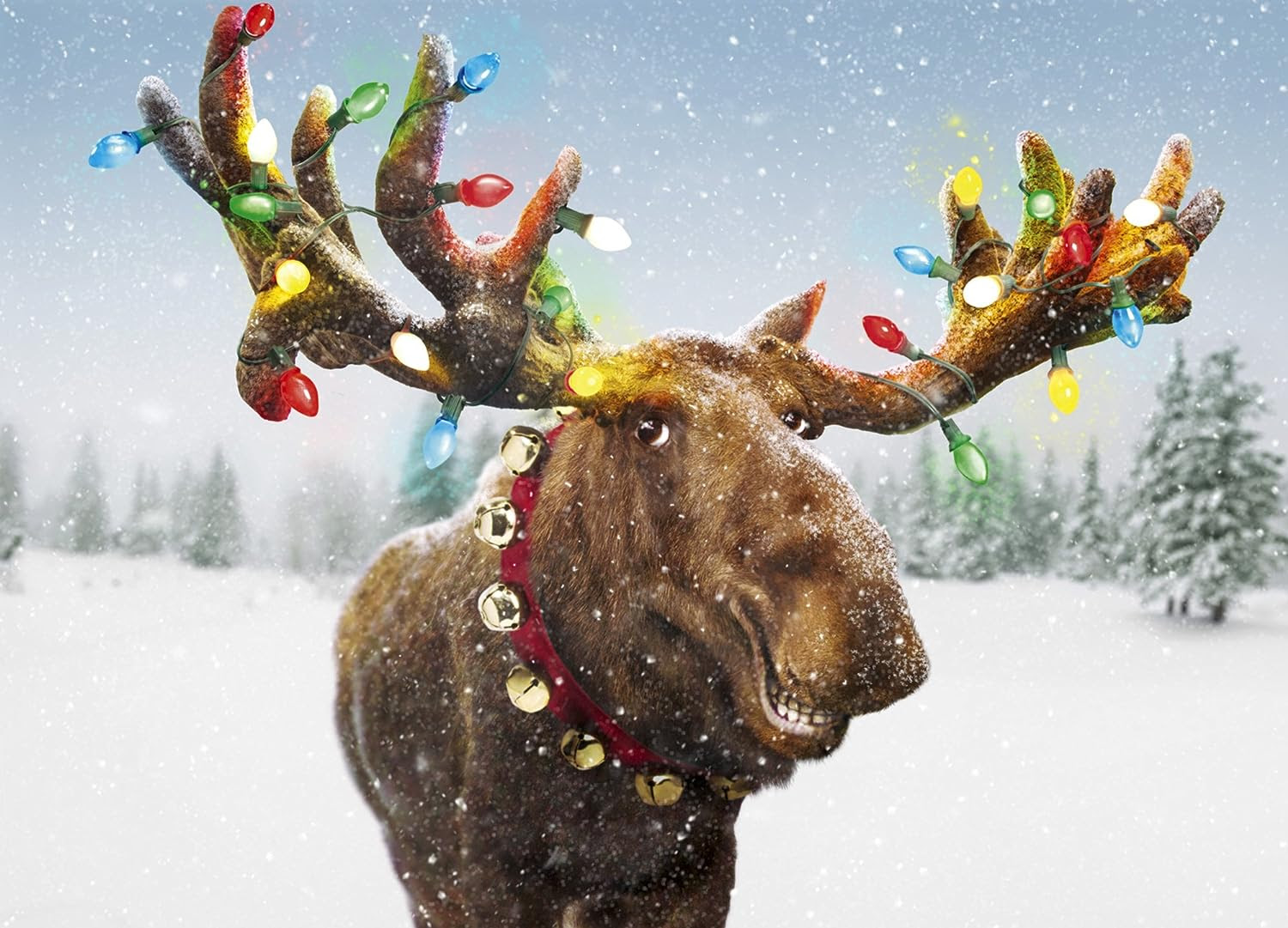 For why the plural of "house" is not "hice", see this post:


P.S. If you find the English language fascinating, you might enjoy regular updates about English usage and word origins from Wordlady. Receive every new post delivered right to your inbox! If you are not already subscribed, you can either: