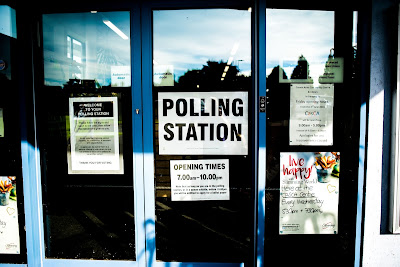 With the UK election imminent, my Facebook feed is filling up with posts about "tactical voting".

For those of you who don't live in a first-past-the-post parliamentary system, this is what "tactical voting" is:

1974   M. Steed in D. Butler & D. Kavanagh Brit. Gen. Election Feb. 1974 317   Some people who would have voted Labour, had they lived in an average constituency with a full choice of parties, voted Liberal or SNP where a Labour candidate had little or no chance of winning. Thus the theory is one of tactical voting. -- Oxford English Dictionary

BUT! If you're Canadian, by now you're thinking, "Wait a minute, we don't call that tactical voting, we call it strategic voting".

Indeed we do. The term "strategic voting" (or "vote strategically") is overwhelmingly Canadian, and has been with us since at least the 1970s.

Both these words come ultimately from Greek:
tactic from Greek taktos ‘ordered, arranged’
strategic from Greek, from stratēgos "general" from stratos ‘army’+ agein ‘to lead’
Although military specialists will tell you that there is a difference between strategy and tactics, the first being

The art or practice of planning or directing the larger movements or long-term objectives of a battle, military campaign, etc. Often distinguished from tactics, considered as the art of directing forces engaged in action or in the immediate presence of the enemy. -- Oxford English Dictionary

in general usage, the two words overlap.
Or perhaps Canadians are taking a more long-term view at the ballot box whereas the British feel themselves to be "in the immediate presence of the enemy".

Did you miss last week's post? It's a fun one, about how wacky English spelling is. You can find it here: https://katherinebarber.blogspot.com/2019/12/how-wacky-is-english-spelling.html

Photo by Elliott Stallion on Unsplash