Chomping at the bit: bridle vs bridal 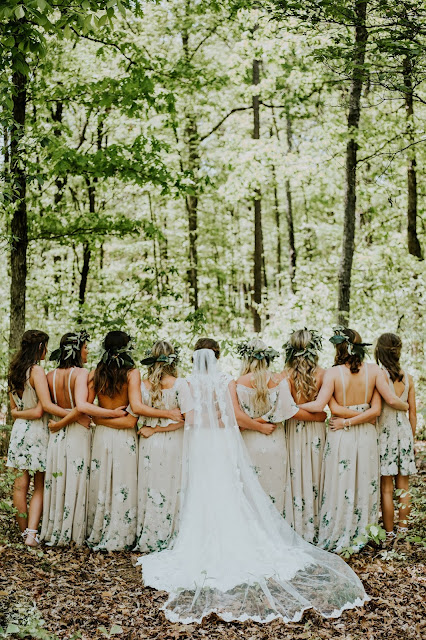 Just when I think there are certain homophone confusions no one will ever make, I come across ... "bridle party" instead of "bridal party".

Admittedly, it's not that common a mistake (most of the examples on the web are journalists making puns in headlines about the horsey set), but some people do make it. And it's one you really don't want to make, as apparently the term is also used for a sexual practice that Wordlady doesn't want to get into. That is, she doesn't want to get into explaining it! Well, actually, neither does she want to... oh, never mind.

Back to my staid etymological persona!

Bridle goes all the way back to Old English, derived from a Germanic root bregdan (pull or twitch), which is also the origin of the word "braid". The -le ending is what is called an "instrumental suffix", meaning "something with which the root verb can be done"; for example a handle is something which you can take in your hand; a girdle is something which girds you. So a bridle, the headgear of a horse including the bit and the reins by which it is controlled, is literally a tool used for pulling.

Bridal, which also goes back to Old English, has a very interesting history. It was originally a noun, literally meaning "bride ale". It used to mean the banquet and other festivities associated with the wedding, when, of course, the Anglo-Saxons would quaff a lot of ale. I guess wedding receptions haven't changed much in 1500 years. But by about 1600, people started to think that "bridal" was an adjective meaning "of a bride". They were influenced by that -al ending, more typically used in adjectives (nuptial, mortal, fatal...) than in nouns.

Remember, using the wrong homophone is something that your spellchecker cannot identify or correct!

PS: some readers have commented that they think the correct expression is "champing at the bit". Please check out my other post about this, Breakfast of... chompions?


Photo by Demetrius Washington on Unsplash