A particularly indignant correspondent once wrote to me complaining about people using "bicep" instead of "biceps", and asserted that "bicep" would never be the correct term for the large muscle in the upper arm which flexes the arm and forearm.

Oh what the heck, lets look at a nice biceps before we proceed: 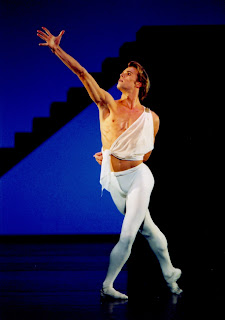 Well now, thus fortified, let us consider the question. Lexicographers know that "never" is a very long time in usage change, and that perhaps someone in the Middle Ages was harumphing that "pea" would never be correct for "pease", or "cherry" for "cherise", "skate" for "skates", "hero" for "heros", and so on.

"Biceps" is indeed technically the correct name for the muscle. One biceps, two biceps.  It comes from Latin bi- (two) + -ceps, a form of caput (head), and the muscle in the arm (as well as a similar one in the leg) is called this because it has two "heads" or parts, attaching it to the shoulder blade.

But, as we saw with "Premises, premises", English doesn't like singular nouns ending in -s. Notice how weird "a nice biceps" sounded in the sentence above (oh, all right, go and have a look at the picture again). Ever since the 1850s, people have been using the word "bicep" instead of "biceps":

books.google.com/books?id=DtwRAAAAYAAJ
Arthur William Alsager Pollock - 1851 - ‎
"Many years have passed since I stretched myself under a wigwam in the far west ; but while I write this page, acute pains are shooting through the bicep muscles of my arms and shoulders."

As you can see from this chart, the usage has been accelerating in the last 60 years, doubtless concurrently with the rise in people going to the gym to flex those very muscles. If you are writing a medical treatise, I would recommend using "biceps", but it looks as though "bicep" is here to stay.

For the fascinating story of the word "muscle", please click here.

Do you want to know more about the amazing story of the English language? Sign up for my course starting in January 2014. More info here.


You can sign up to have your word of the week delivered directly to your inbox here.
Posted by Katherine Barber at 4:01:00 AM