That's Lady Grantham to you: the Downton Abbey effect in baby names 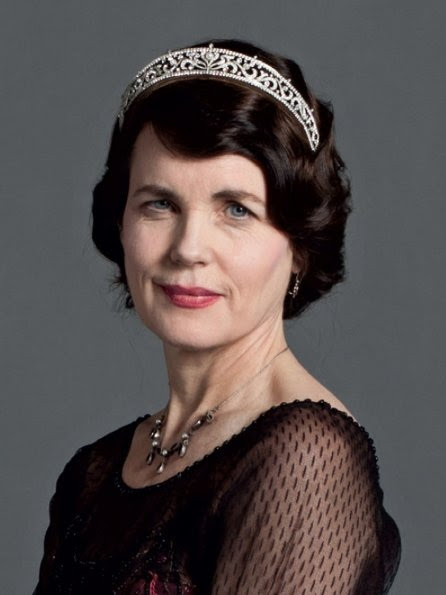 All the same, Cora is a name I would associate with my grandmother's generation, and indeed, in 1900, Cora was the 55th most popular name for female babies in the US. It hit a low of 878th in 1988. Last year Cora had climbed back up to 127th. I guess the Downton Abbey effect is hitting baby names now.

The name seems to have arisen in the late 1700s, possibly as a Latinized form of the Greek Kore (maiden). Oxford's A Dictionary of First Names tells us that "In classical mythology, this was a euphemistic name of the goddess of the underworld, Persephone, and would not have been a well-omened name to take".

Another name derived from the same source (via French and Latin) is Corinne, a name which hit its peak of popularity in 1926, not long before an aunt of mine called that was born.

The most telling development? The name "Violet". It was one of the first of many flower names to enter the English language in the mid-19th century (note that Downton also houses a Daisy, an Ivy, and a Rose). "Violet" was a very popular name, but it fell out of favour, disappearing from the charts entirely between 1974 and 1998. Then it started a steady comeback, roaring back to 69th place in 2013, a higher ranking even than in the first years of the 20th century. Can this be a coincidence? I think not. This phenomenon also seems to be happening in the UK: http://www.babynames.co.uk/popular-baby-names#name0=Violet .Seriously though, as my mother would say, can you imagine looking at a baby and seeing this: In contrast, what about poor hapless Edith? Derived from the Anglo-Saxon words ead (wealth) and gyd (strife) -- what an appropriate name for the second Crawley daughter -- it was steadily in the top 50 from 1900-1930, then started what seemed to be an irreversible slide. But even poor Edith must have some fans, because since 2009 the name has struggled up from 845th place to 719th.

The story for all three names seems to be the same in Ontario:
http://globalnews.ca/news/262867/interactive-popular-baby-names-in-ontario-over-the-past-93-years/

Of course you are all wondering about ...

"Shrimpie". Not likely to stage a comeback, I'd say. More of a "never came".


For a discussion of linguistic anachronisms in Downton Abbey, please see this post:
http://katherinebarber.blogspot.ca/2013/02/linguistic-anachronism-in-downton-abbey.html

Upcoming History of the English Language course (please tell your friends):
http://katherinebarber.blogspot.ca/2015/03/rollicking-story-of-english-language.html
P.S. If you find the English language fascinating, you might enjoy regular updates about English usage and word origins from Wordlady. Receive every new post delivered right to your inbox! You can either: