Where does bunk come from? Wordlady explains 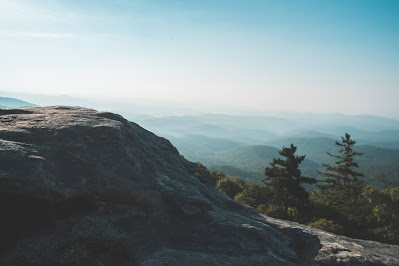 Where does bunk come from? It's been around for much longer than the internet, but it seems to be more omnipresent than ever in our social media feeds. If only we could stop it at the source.
Wordlady has the answer.
Bunk comes from North Carolina!
Really, it does.
I am of course talking about the word "bunk", meaning "nonsense", although I expect North Carolina, like most places, produces its fair share of the nonsense known by that name.
You may not be surprised to learn that "bunk" had its birth in politics, and more particularly in the US House of Representatives.
In 1820, the Representative for Buncombe County, North Carolina (in the Blue Ridge Mountains about 200 km west of Charlotte) rose to make a lengthy, boring speech that was entirely irrelevant to the subject under discussion. His colleagues implored him to shut up so that they could proceed to the vote, but he persisted, maintaining that his constituents expected it and that he was duty bound to make a speech for Buncombe.
As a result, "buncombe", soon spelled phonetically "bunkum", came to mean any meaningless political drivel uttered to please the electors. From there it was a short step to any kind of claptrap, and by 1900 the word was shortened to "bunk", in time for Henry Ford's famous declaration in 1916: "History is bunk".
Some brave souls devote huge amounts of time to "debunking" the various flourishing  conspiracy theories and misinformation. This word we owe to the American journalist Edward Woodward, who coined it in a book called Bunk  in 1923, in which we find this ominously prescient statement:

To keep the United States thoroughly de-bunked would require the continual services of..half a million persons.

As for the other bunk, the stacked beds? Its origin is uncertain.
Photo of North Carolina by Cameron Stewart on Unsplash

PS some of you have been having problems with the formatting of my posts. This seems to be because a new version of my platform Blogger is not somehow passing along my formatting to my mailer program Feedburner. The mailed version looks quite different from the version that is actually up on my blog but I have no way of checking that till it goes out.  If you have this problem, just click on "Wordlady" at the top of a post and it will take you to the actual blog.