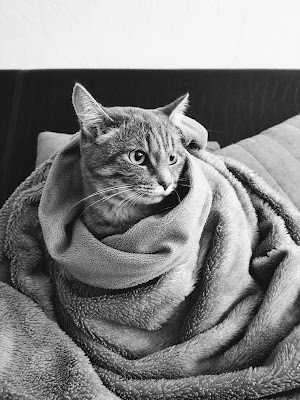 As always at the New Year, it is interesting to see some words that are celebrating their hundredth birthday, some older than you think and others younger. These are the first appearance in print that the OED has found.

1. Competition between nations, regimes, etc., in the accumulation, development, or testing of weapons, esp. nuclear weapons.

A bomb which derives its destructive power from the sudden release of a large amount of energy by fission of heavy atomic nuclei, causing damage through heat, blast, and radioactivity. Abbreviated A-bomb. Cf. atomic bomb n., hydrogen bomb n. at hydrogen n. Compounds 1a(b).With reference to quot. 1921, H. G. Wells's use is cited at quot. 1914 at atomic bomb n.

1921   Color Trade Jrnl. 9 2/2   There is no remedy excepting that of blowing up Paris by an atom bomb as forecasted by H. G. Wells some years ago.

1. Originally U.S. History. During the Prohibition era: a cruise on which passengers were taken just far enough from the shoreline to be outside U.S. jurisdiction, so that they could buy and consume alcohol legally; (also, more generally) a boat trip on which the passengers drink a considerable amount of alcohol, often as part of a dinner-dance or similar event.

1921   Olympia (Washington) Daily Recorder 18 Apr. 1/7 (headline)    Would be Booze Cruise Ends with Drowning and Loss of Boat and Cargo

Nothing at all, absolutely nothing.

The action of comparing (the prices of) the same or similar products or services as offered by different retailers, manufacturers, etc. Also in extended use. Frequently attributive.

1921   M. H. Tolman Positions of Responsibility in Department Stores ii. §D. 84   Two comparison shopping executives had been secretaries to members of the management.

a. Usually with capital initial. A nationalist political movement that controlled the government of Italy from 1922 to 1943 under the leadership of Benito Mussolini (1883–1945); the principles or ideology of the fascisti (fascista n. 1a). See also fascist n. 1a, Fascismo n., and cf. sense 1b. Now historical.The movement grew out of the nationalist fasci which became prominent at the end of the First World War (1914–18), esp. with the formation of the militantly anti-communist and anti-socialist Fasci di Combattimento by Mussolini in 1919. After the formation of a coherently organized Fascist party in 1921, Mussolini became prime minister in 1922, leading to the eventual establishment of a totalitarian Fascist state.

(The type of) an unsophisticated, rural, small town.

1921   E. O'Neill Straw i. ii. 46   Making a note that a tug boat towed two barges loaded with coal up the river, that Mrs. Perkins spent a weekend with relatives in Hickville.

1. Unwanted or unsolicited mail or post, typically in the form of circulars, advertisements, etc., sent to a large number of addresses.

1921   Legislative, Executive, & Judicial Appropriation Bill: Hearing before U.S. Senate Comm. on Appropriations (66th Congr., 2nd Sess.) II. 2353   What we call the junk mail comes in just the same. There is no let-up at all in that, and all of that has to be handled.

Etymology: Perhaps shortened < upsidaisy int. (compare whoops int. and quot. 1925 at that entry), or perhaps a natural exclamation which has become confused with upsidaisy int.
colloquial. A. int.

Expressing apology, dismay, or surprise, esp. after an obvious but usually minor mistake.

1. The sound produced in a caller's telephone to indicate that a connection with the number dialled has been made and the called phone is ringing; = ringing tone n. at ringing n.1 Compounds.

1921   Kansas City (Missouri) Star 1 Jan. 9   Listen for the busy signal or the reverting ring tone which tells you your party is being rung.

Something calculated to evoke sadness or sympathy, usually a sentimental film, play, song, story, etc. Also applied to a person and, rarely, to an event.

1921   Double Dealer II. 143/2   But no one today, I believe, mistakes his [sc. James Whitcomb Riley's] productions for anything but somewhat shallow, fairly easy tear-jerkers.

Chiefly in to-do list: designating a (notional) list of tasks requiring attention or completion, sometimes ordered by priority. Also: designating an item in such a list.

Of a woman: having a full, rounded figure; plump.